Man of Steel vs Steel Workers 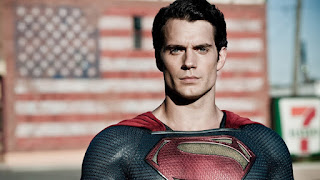 Over at RT former stockbroker and financial war reporter Max Keiser argues whether 'Man of Steel' is just more propaganda from a protected racket.

"There’s a video making the rounds in the ‘Liberty,’ ‘Libertarian,’ and ‘Freedom’ circles that asks ‘what if’ Superman was a member of a union? Would the ‘Man of Steel’ ever be able to save people if he were tied down by the socialist conspiracy of unions?
The message of the video is, ‘No.’ ‘Man of Steel’ is a good place to start unpacking some of the faulty assumptions of this video. The steel industry in America and virtually the entire American industrial heartland has been ripped apart by racketeers and 'banksters' who got powerful, in part, by vilifying unions, organized labor, and the idea of decent wages (and with it, the idea of decent families; increasingly torn apart by debts imposed by these 'banksters' resulting in children having to resort to drug dealing and prostitution to avoid starvation). The movie industry itself; the actors, the directors, and writers are all protected by powerful unions. This absurdity is writ large with gasbags like FoxNews’ Bill O’Reilly or Rush Limbaugh railing against unions even though they are in unions themselves."

"Hollywood is the only industry to get a law passed protecting it from 'banksters'. The 2010 Dodd-Frank Act outlaws ‘box office futures contracts’ meaning that Hollywood, unlike the food, manufacturing, banking, and virtually every other industry in America is immune from the monetization, securitization and hyper-leveraged speculative chicanery that has gutted these industries and hollowed them out unmercifully - with only a foreign buyer left to save the little equity (and jobs) squirming about at the bottom of America's economic barrel."

Posted by Celluloid Liberation Front at 00:21