The World Trade Center According to JG Ballard 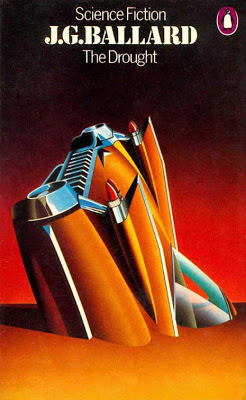 "The vast commercial, industrial, bureaucratic organizations of the world that virtually run this planet and define everyday reality have no time for the individual, which is inevitable. It isn't necessarily a deliberate callousness. If you design a hundred-storey office block, whatever it is - the World Trade Center, for example - you put in the best possible ventilation system. But if the damn ventilation system conks out, about twenty thousand people are going to be suffocated. I won't say that this becomes an 'acceptable risk'; it's rather like the casualties on our roads. There is a built-in tolerance that is the effect of these systems." (JG Ballard interviewed by Jeremy Lewis in 1991)

"The World Trade Center has gone, but the shadows of the twin towers seem to lengthen [...] On the one side lies a fanaticism unrestrained by reason, and on the other a religious and self-important America, determined to remake the world in its own image, a comic-book culture driven by ruthless technologies." (JG Ballard in the New Statesman, 2002)

"[9-11] was a scene that had been rehearsed again and again, in US comic books and disaster movies - images of skyscrapers and aircraft flying into them. Whether intentionally or not, the 11 September hijackers were using our own deepest dreams of self-destruction...
11 September, in addition to the enormous human tragedy, was a raid on the collective unconscious of the Western mind." (JG Ballard in the Independent on Sunday, 2003)
Posted by Celluloid Liberation Front at 06:40