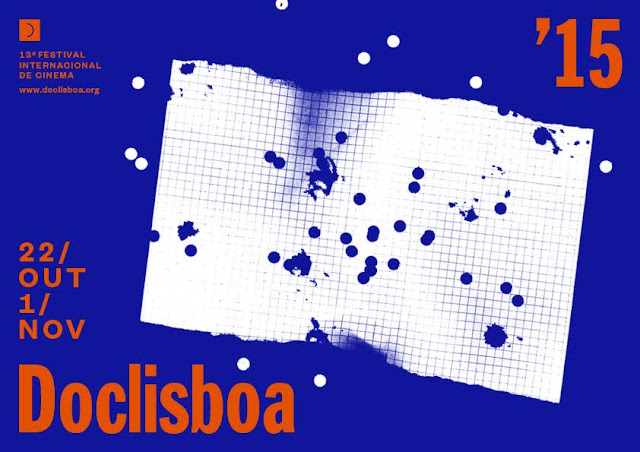 “Cinema punctures the human skin of things, the derm of reality. It exalts matter and makes it appear to us in its relationship with the mind from which it emerges.”

In a festival world so seemingly bent on its own self-referential circularity, Doclisboa tries not to severe the umbilical cord that connects cinema to the placenta of life before and beyond the screen. Despite further cuts to its budget, the festival, now in its 13th edition, continues to forward an idea of cinema as a site of both elaboration and continuation of the world at large. The very way the festival embraces its visitors is a pleasant diversion to the inbreeding snobbery endemic to the festival circuit. It is precisely under this anti-elitist perspective that the artless decision to isolate the festival from any form of market activity feels somewhat incongruous. Festivals and films, however radical, do not in fact exist in a vacuum and their dissemination is invariably determined by economic factors which, if tactically put to use, can broaden the audience of Doclisboa to include those not privileged enough to attend the festival. To avoid the risk of sectarian implosion an indispensable festival like this one has to discorporate, outlive its established duration and let its critical seeds germinate outside of its own elective field. For, if anything, the stimulating exuberance of its programming begs to be shared.

This year the festival exhumed two of the greatest humanists of world cinema (a dying breed indeed): Billy Woodberry and Stephen Dwoskin. The latter having passed away a few years ago returned in “Before the Beginning,” while Woodberry broke his thirty years long silence with “And When I Die I, I Won't Stay Dead,” both of which received their world premiere in the “Risks” section, curated by veteran Portuguese film critic Augusto M. Seabra. “Before the Beginning” titular suggestion is the very premise and emotional essence of the film that the late Dwoskin had begun to make in 2004 with his colleague and friend Boris Lehman. This cine-missive from the afterlife is an intimate act of reconnoitring the two directors made in preparation of a film that never was. In it they share their embryonic ideas and frailties, unrealized intents and filmed memories. A comforting collage of preliminary notes, rehearsals and desultory drafts, Dwoskin's and Lehman's film exudes an impalpable eloquence, hidden away in the most (in)significant gestures. Like many of Dwoskin's films “Before the Beginning” is at once transient and profound. A film that exists in several indefinite versions and that we can only imagine since we will never see it completed.

Thirty years after “Bless Their Little Hearts,” one of the late masterpieces of LA's Pan-African-American wave that had its creative epicentre at the UCLA but reached as far as Ethiopia, Billy Woodberry re-emerged, it remains unclear exactly where from, with “And When I Die, I Won't Stay Dead.” A documentary about a certain Bob Kaufman, lesser known beat poet whose metrical elegies were not accorded the same shelf room Ginsberg or Ferlinghetti got. It is precisely his “lesser notoriety” the investigative core of this documentary, conventional only on its surface. Woodberry's film performs in fact, two thirds into its duration, a sort of supplementary immersion into the murky waters of Kaufman's life. If being black and Jewish had already been a good enough reason not to reach his peers' fame, Kaufman's political past was not exactly a selling point. Active in the last militant phase of the workers' movement in America, before McCarthy's purges and Hoover's iron fist erased it even from national memory, Kaufman got to San Francisco's North Beach having already lived a life worth living. Not even time has in fact managed to turn him into a marketable beat icon, he stayed true not only to himself but also to his idea of poetry which he experienced as the retching of the soul, not the pursuit of a publishing deal.

The festival winner this year was “Il Solengo” by Alessio Rigo de Righi and Matteo Zoppis. At a time when so many films are made about the supposed idyll of rural life, “Il Solengo,” which roughly translates as “the loner,” constitutes a probing and calmly unnerving inversion of tendency. The protagonist, which we never actually see (or do we at the end?) is recounted in the words and anecdotes of his neighbours. A loose cannon in the mountains outside Rome and its communities which in the films are faithfully rendered in all their insular obscurity, “the loner” inhabits the dark recesses of the valleys and their subconscious. The directors show considerable talent in capturing the undercurrents of a natural landscape removed from the simplified rendition we often get on screen and actually rendered in all its sinister intricacy. In tune with the surrounding landscape, the stories we hear about “the loner” are burdened by a sense of verbal inadequacy – like something we are not really supposed to listen to, let alone fully grasp.

This article has been published on the January 2016 issue of Sight & Sound.
Posted by Celluloid Liberation Front at 03:12