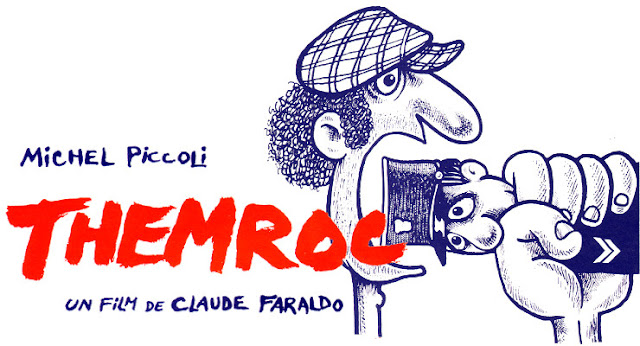 It is paradoxically fitting that the least obscure picture from a director about whom not much has been said and written is a wordless film entirely composed of grunts and gibberish. Claude Faraldo’s Themroc(1973), screening throughout March at the Spectacle, does away with dialogue and music and instead orchestrates the cacophony of working life into a destructive crescendo. The title character, played by a rasping Michel Piccoli, goes about his daily grind with bovine obstinacy, snarling his way through the city, the workplace and the apartment he shares with his mother and young sister. Reprimanded for having peeped on a manager and his voluptuous secretary, he goes on a troglodyte rampage back to his flat, whose front door he walls up only to tear down the wall of his living room. With the partition between private and public space gone, our hero regresses to the most primal needs and desires, removed from the line-produced order of society. Unashamed of his joyful bestiality, he turns his apartment into an open cave for everyone to look at, rekindling a primitive territorial reflex. Hunted down by the cops, the protagonist resorts to anti-authoritarian cannibalism, incest and disorderly conduct. Initially shocked, his neighbors will eventually be inspired by Themroc’s carnal insubordination and begin to demolish their apartments, too.