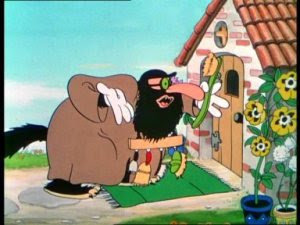 "Disney was a vicious anti-Semite and hater of communists - the creator of the world's greatest dreams of childhood who had never really known his own."


T.D. Allman over at the Daily Beast shares an except from his book Finding Florida revealing how "with advice from former CIA operatives and lawyers, Disney bought up the land for Florida’s Disney World and orchestrated a unique legal situation—and set up an unconstitutional form of government." [...] "Those who were there never forgot the day Disney inaugurated what truly would be a magic kingdom in Florida – magically above the law. The Governor and his Cabinet came down from Tallahassee. TV crews were in attendance, along with Florida's most eminent civic leaders. Right on schedule, the curtains parted. On the screen, Walt Disney gave his much beloved, self-deprecating smile, then announced that in Florida he was going to create a new kind of America, not just a theme park." [...] "A month before he died Disney confirmed it was all a trick. There would "be no landowners, and therefore no voter control," Disney responded, when asked how he planned to maintain control."

Posted by Celluloid Liberation Front at 09:30