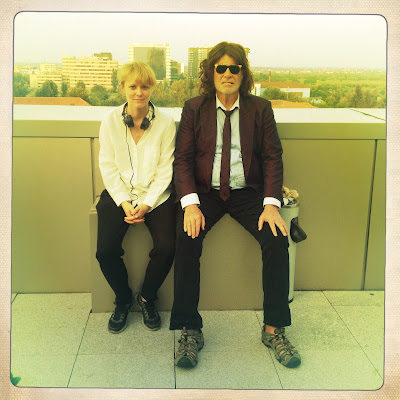 That Europe is nothin' on earth but a great big auction, that's all it is, that bunch of old worn-out places, it's just a big fire-sale, the whole rotten thing.

We must laugh at this disgrace, not over this disgrace which would be detachment, but rather by amicably deepening the discussion of central issues such as sabotage as a function of self-valorisation. Every act of sabotage is happiness and the risk it implies fills us with feverish emotion, like waiting for a lover.

—Toni Negri, Capitalist Domination and Working Class Sabotage
Of all the prizes Toni Erdmann has been awarded so far, the LUX Prize, given out by the European Parliament to those “films that go to the heart of European public debate” is the most fitting and paradoxical at the same time. Fitting because Maren Ade's film is the film that has finally captured the existential crisis of a continent that welcomes the free flow of capital but not that of its casualties. Paradoxical because the European Parliament, an extra-democratic institution with no effective powers, is symbolically responsible for having turned Europe from a union of welfare states, to an expendable offshoot of the global financial market.   The choreography of the film is in fact the plastic outcome of a business plan gone astray, a business plan some still refer to as the European Union. Purged from the iconographic stereotypes only Woody Allen can be excused to still associate Europe with, Toni Erdmann represents the first pertinent formulation of what a truly European cinema could look and feel like. A cinema that doesn't hide in the festival circuit and its self-referential irrelevance, but that looks in the eyes the ongoing catastrophe of a continent squeezed between neoliberal radicalization and a resurgent fascism. Gone are the annoying French couples running through museums (mere by-products of the Marshall Plan), defunct are the impotent lovers of an Italy that never was, and in their wake a featureless corporate Europe has emerged: the culmination of the consumer holocaust Pasolini had foretold. A continent increasingly divided between aseptic ghettos of privilege where the past has been mummified so that tourists can consume it, and rancorous suburbs of blind rage. An inhuman landscape where high-living is a window away from the slums and the Wild East has “the biggest mall in Europe” but “none with enough money to buy anything.” A finally Americanised Europe meritocratically divided between winners and losers.
Continue reading here.
Posted by Celluloid Liberation Front at 07:52